The project Me2H2 aims at the development of processes for a climate-friendly production of hydrogen with minimal power consumption. Water electrolysis is the benchmark for future H2 production without direct CO2 emissions. If operated with renewable electricity, H2 generation would also be climate-friendly with regard to upstream electricity generation. However, water electrolysis specifically consumes significantly more energy than today's industrial benchmark - the steam reforming of natural gas. Methane pyrolysis, on the other hand, would operate CO2 free with a similarly low specific energy requirement as steam reforming. In project U2, plasma-heated processes for methane pyrolysis on a laboratory scale are under investigation.

You can find a video of the project here:

The project is founded by the Federal Ministry of Education and Research (BMBF), project Me2H2 , project U2

Conditioning of emissions from steel production 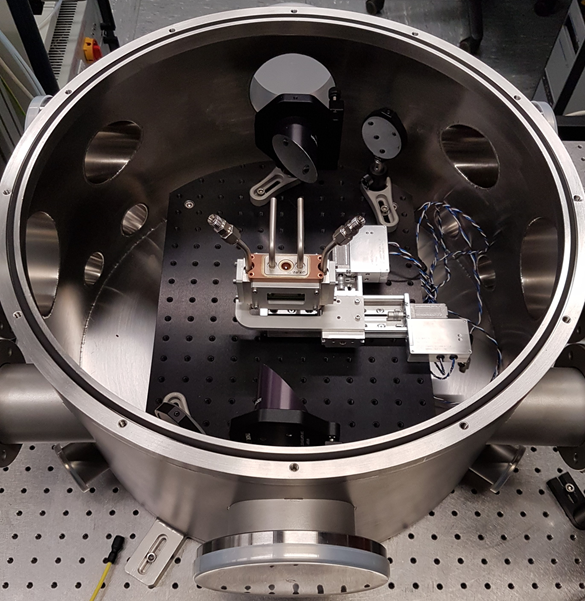 The aim of this project is the reprocessing of the emission from a blast furnace or from coke reduction for the production of high-quality chemicals. As a consequence, the CO2 emission will be reduced to preserve the natural environment. A flexible technique is required, which can selectively influence the chemical reaction channels to regulate the changing overall composition before they are introduced to a catalytic process. Such a procedure is the combination of plasmas with catalytic reactive surfaces, which are analyzed by surface diagnostics as well as plasma diagnostics. The specific goal in the subproject L6 is the controlled removal of O2 in a H2, CH4, N2 dominated gas stream.

The project is founded by the Federal Ministry of Education and Research (BMBF), Carbon2Chem, project L3 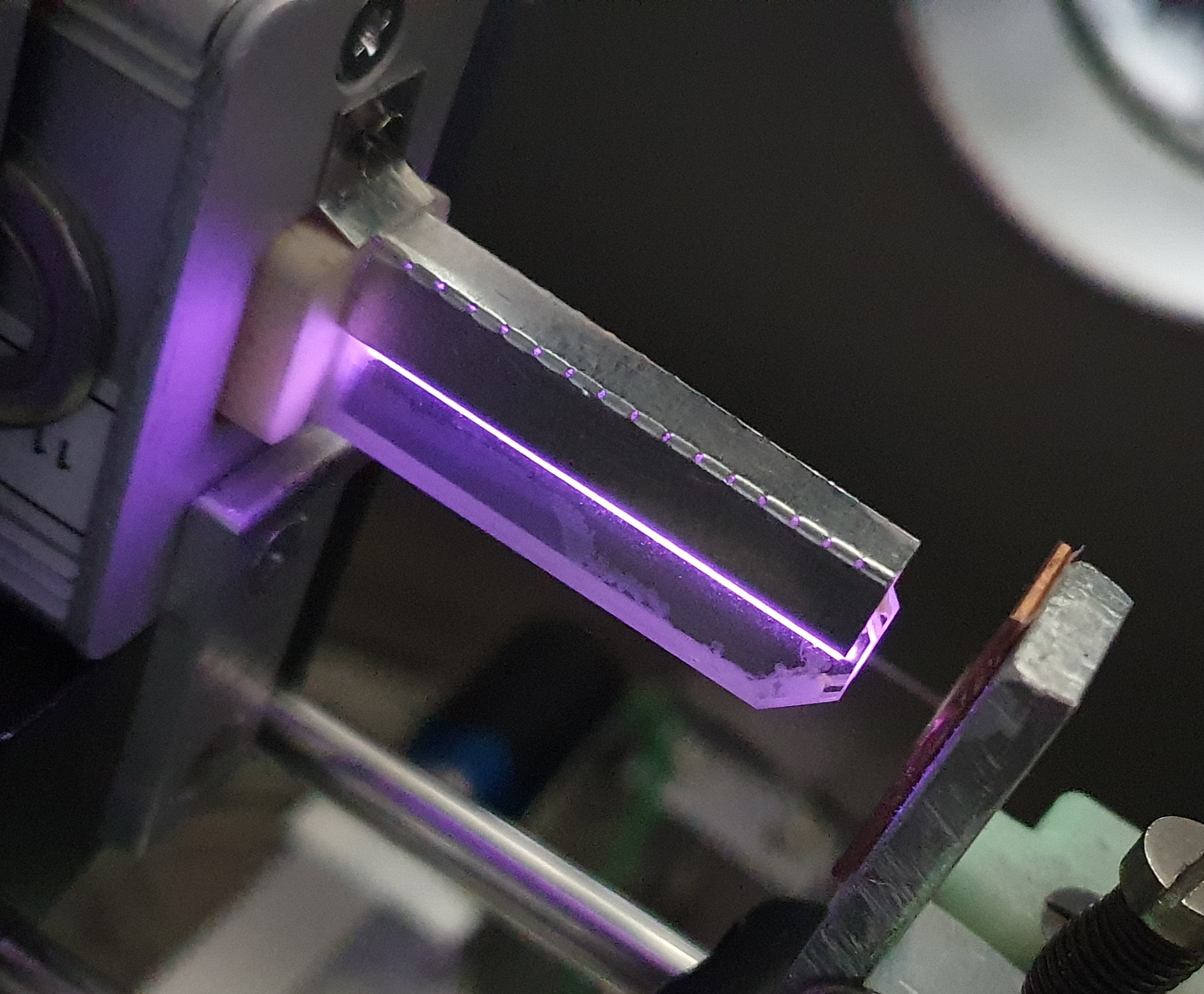 The focus of the project is the laser-plasma-surface interaction for thin film generation. It is investigated how different reactive species, generated by a microplasma jet, interact with laser induced surface structures on a treated sample.

Catalytic properties of a surface are observed to be modified by reordering of species, structuring the surface or modifying the morphology of the surface. Atomic oxygen, ozone & other molecular components will be measured by fluorescence spectroscopy (TA)LIF or absorption spectroscopy. Undetectable species distributions will be provided by models.

The project is founded by the German Science Foundation (DFG), CRC 1316, project B2 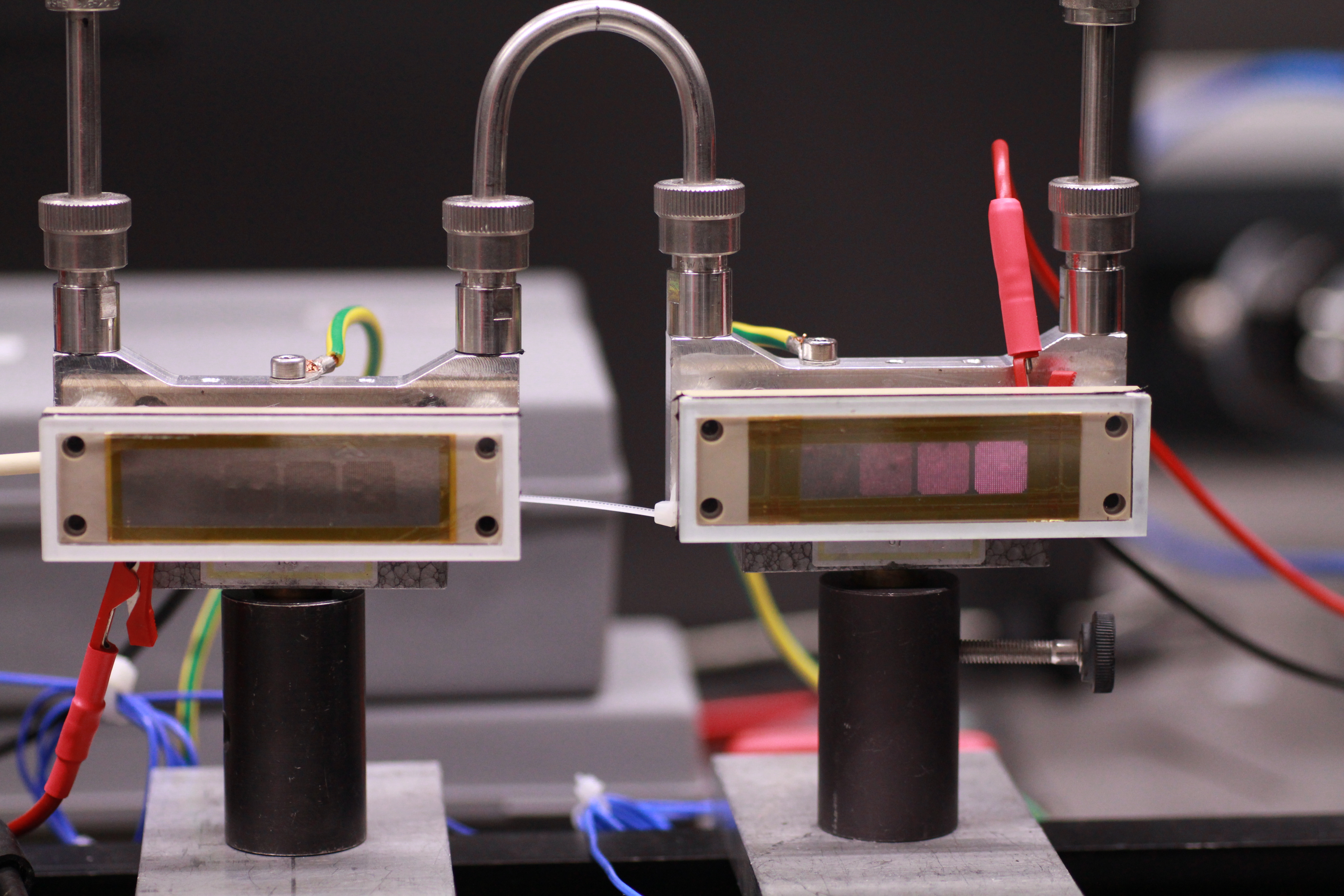 Micro cavity plasma arrays comprise of thousands of geometrically identical micro cavities, which can be produced up to dimensions of several dm2. Depending on applied electrical field, polarity, and pressure the discharges extend out of the cavities. Thus, enclosing the array structure with a second dielectric at a small gap distance, forms an in-plasma-catalyst reactor. These devices also allow to integrate dielectric, catalytic surfaces as the cavity bottom. Apart from direct gas reformation, plasma is also used to ‘clean’ and ’refresh’ occupied catalytic surface sites. The plasma parameters as well as the discharge distribution inside and above the cavities are strongly dependent on externally controllable parameters such as cavity dimension, pressure, and voltage.

A video in German presenting micro plasma arrays can be found here:

The project is founded by the German Science Foundation (DFG), CRC 1316, project A6 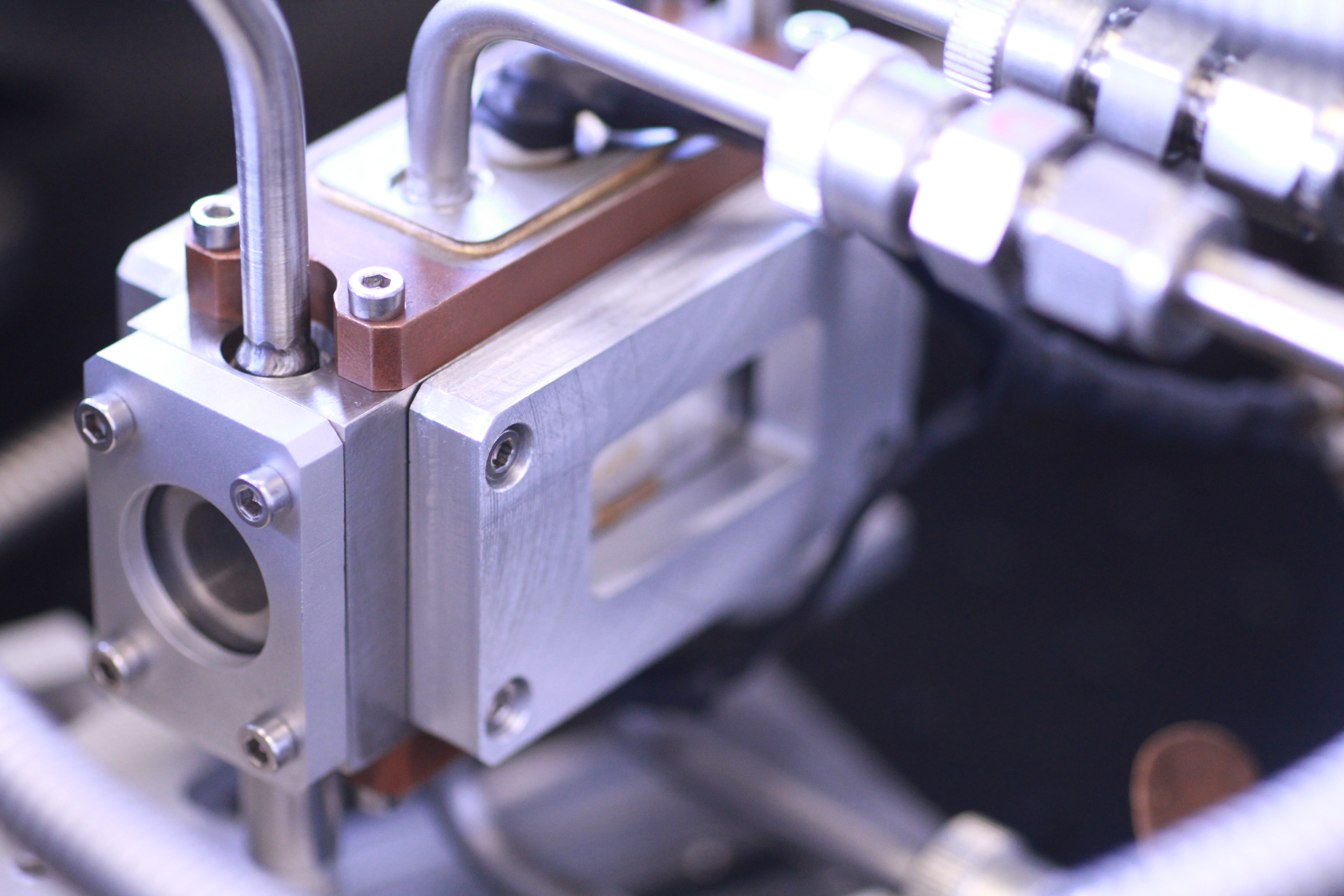 Aim of the project is a fundamental understanding of the excitation transfer between molecules and excited plasma species within a non-equilibrium plasma, its impact on the plasma chemistry and synergies with surface catalytic reactions. The plasma is generated by a capacity couple RF driven plasma jet with exchangeable glass plates for the introduction of different catalysts. It allows probing along the plasma channel, corresponding to different reaction times of a volume element within the plasma. The excitation and density of heteronuclear molecule within a plasma is studied utilizing FTIR. Mononuclear molecules molecules as well as excited noble gas species can be studied employing molecular beam mass spectroscopy and ionization threshold mass spectrometry, respectively.

The project is founded by the German Science Foundation (DFG), CRC 1316, project A3

The dynamic of plasma electrolytic oxidation if monitored with Fourier-transform infrared spectroscopy (FTIR) at a metal surface in direct contact with the plasma-treated liquid. With this, the formation of oxygen species in the liquid and the oxide layer formation on a metal surface is analyzed. The oxidation state is compared with the plasma electrolytic oxidation and its modelling. The recovery of a copper oxide catalyst is triggered by igniting a plasma at the liquid-solid interface inside a modified electrochemical cell, usually used for CO2 conversion. The copper oxide catalysts have a nanocubic structure and a defined oxidation state. The influence of the produced plasma species on the catalytic surface is monitored with FTIR. In the field of biocatalysis, a remote plasma source above the liquid can be used to create valuable products out of enzymes. Therefore, the produced H2O2 inside the liquid can be used for catalytic reactions.

A video in German presenting plasmas in liquids can be found here:

The project is founded by the German Science Foundation (DFG), CRC 1316, project B7